WHO WE ARE AND WHAT WE DO 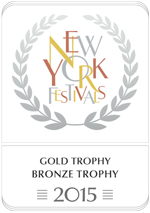 From our mountain village base in Ireland, we work with a range of broadcasters across the world from national broadcasters such as the BBC and RTE to great local stations, such as Limerick's Live95FM and inclusive community radio stations across Ireland. We also created stunning bespoke podcasts with BBC Studios, Creative Ireland and more

Diarmuid McIntyre, the Creative Director of Grey Heron also founded HearSay - an international festival celebrating and inspiring creative audio from around the world that attracted participants from 33 countries in 2019. 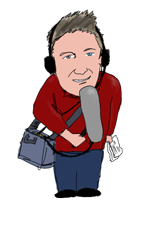 Diarmuid McIntyre founded Grey Heron Media in 2007. But he's been involved in audio for much longer than that. Ask him to tell you about the time he was involved in running a station from the front window of a sweet shop in Kilfinane.

Daniel joined Grey Heron Media in 2017 after immersing himself in the worlds of field recording and sound enginneer. He was diverted into the world of audio production after his uncle featured in a Grey Heron story and he had to find out more about us. .

An Ecologist and an Artist with a deep rooted passion for traditional crafts. Veronica gained a PhD in 2016 and brings her rich communication and production skills Veronica to our live events and storytelling. 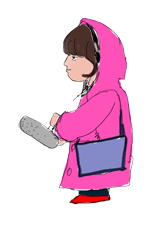 Mary Mc Donnell has worked with Grey Heron Media since 2011. But she's been making radio since the age of six, sitting on a high stool at the kitchen counter with her tape recorder, doing 'requests'.

For Mary, the idea of being able to parcel up stories, thoughts and sounds onto a tape, in the hope that somebody else will hear them - the magic of that has never gone away.

A Selection of our recent Programming Collaborators

Jonathan Mitchell
Founder of "The Truth" Audio Fiction Podcast - Producer "The Man in the Barn" (For Radiotopia/RTE Drama on One, 2016)