Multi-award winning audio features that are listened to across the world.

Grey Heron Media's work sounds different because we make it differently. When you listen to Grey Heron’s sound-rich radio work, you don’t just discover fresh perspectives and unique stories, you are brought somewhere new by the way it's recorded. The creative team at Grey Heron are committed to bringing the listener into the heart of the stories and communities we work with - on location, in reaction, life as it's experienced.

It’s important to us that the people and communities whose stories, big and small, we share with the world, recognise themselves in our programmes, how they, deep down, see themselves. Revealing those truths takes time, it takes patience and it takes trust.

A great idea always needs a good home. We have strong relationships with public service, commercial, and community broadcasters. We work closely with commissioning editors to designing programming that not just challenges us creatively but with a format, duration, and content that is compelling for their audience.

Our work takes many formats, from multi-part series exploring topics in depth, to short features and special reports, to one-off documentaries.

We've also done story editing, sound design, tape syncs, and location interviews for podcasts and radio stations across the world including Gimlet, Reveal, WBUR, Whooska, BBC Radio 4, & MPR . Drop a line to our Creative Director Diarmuid Mcintyre - (first name [at] greyheron.ie) if you'd like us to work with you.

A Selection of Recent Audio Projects

Below is just a few of the projects we've created for radio and podcasts in recent years - Make sure to check out our Soundcloud page with playlists for all our series to hear the hundreds of programmes that Grey Heron have made since our founding in 2007. 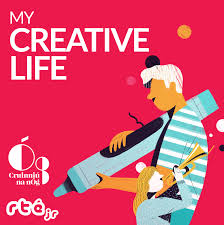 A brand new podcast and radio series celebrating creativity in young people across Ireland - from music, circus, writing, to visual art, dance and acrobatics and more.

"My Creative Life is made by Grey Heron Media for Creative Ireland and RTEjr Radio. Season 1 is being launched to celebrate Cruinniú na nÓg, Ireland's national day of free creativity for children and young people on June 13th 2020.

Cruinniú na nÓg is supported by Local Authorities and RTÉ. Find out more at cruinniu.creativeireland.gov.ie

“My Creative Life” was created from scratch under Covid-19 lockdown in a remarkable remote collaboration between the young people who feature, their families, local Creative Ireland co-ordinators and the team at Grey Heron Media. You can listen to "My Creative Life" here on Apple Podcasts on on Spotify on on Google Podcasts or on the RTE Radio Player.

"Sing!" showcases and celebrates a rich variety of choirs from around Ireland, each of the chosen choirs is very different, either through their geographic location, the particular backgrounds of their members, or their unique approach to choral music. The programmes capture not only the process of rehearsal and performance, but importantly, also explores the stories of the members- the motivations and life experiences that have brought them on a journey to this choir. A live "virtual concert" of specially recorded performances by the choirs featured rounds off this tender and moving series that will air in Summer 2020.

Up-close and fast-paced profiles of the unusual, and sometimes downright unique, activities that passionate groups of Irish people are engaging in all over the country.

From Dragon Boat Racing, to Medieval Combat, different members of the Grey Heron team throw themselves into the activities, discover what's involved (and how to survive!), the motivations of those involved and their rich interactions with each other

"Adventure Island" airs on the Countrywide Programme on Saturday mornings on RTE Radio 1 and is supported by the Broadcasting Authority of Ireland with the Television Licence Fee.

"Voices From the Margins" is a very simple, powerful idea. In each 20 Minute episode of the series, we bring together a group of people together who have a shared experience of social exclusion, to explore their experiences and their perspectives. Voices and perspectives that are rarely heard, are given space. 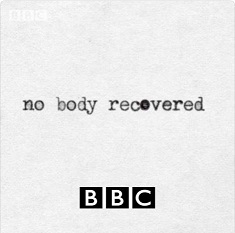 Produced in a collaboration with BBC Stories, and released in December 2019, our new podcast "No Body Recovered" dives deep into the mystery of Ireland longest missing person, 6-year old Mary Boyle. Mary vanished in the middle of the day from her Grandparents farm in a remote part of Donegal in north west Ireland.

Over seven episodes, "No Body Recovered" examines the impact of not knowing what happened on those that Mary left behind. It explores the consequences that are tearing her family apart 40 years after her disappearance. 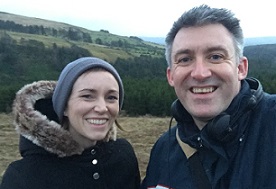 Art Critic Cristín Leach and Grey Heron's Diarmuid McIntyre walk in the worlds of 12 Irish paintings. In every episode, Cristín and Diarmuid take a different art work by an Irish artist and explore the context in which it was created as they walk through a landscape that inspired it.

Whether it’s standing on the runway of Shannon Airport, or pausing on a shaded park bench in Dublin, the twelve locations reveal unique insights into how our environment and our experiences are distilled and transformed in art.

"Through the Canvas" won Silver at the 2019 New York Radio Festival and was shortlisted for the 2019 Prix Marulic. 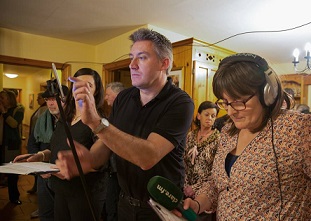 An 8-part series of live outside broadasts of traditional music, song and dance and interview from the homes of musicians and music lovers around Co. Clare in collaboration with Rag and Bone Media

A sound-rich showcase of the wild wonders of Limerick city and county across twenty eight minute episodes. Hosted by Dr Veronica Santorum, each episode goes on location in the company of Limerick people who know and love these special places and introduce us to fascinating world of Limerick's wild places.

Nine aural adventures through richly textured, carefully composed soundscapes, which paint a portrait of Ireland, the place and its people. The 10 minute episodes are playful and sound-rich anchored by a common narrative voice which meditates amidst a rhythmically engaging tapestry of voices, memories, sounds and music. Every element was recorded by the Grey Heron team. The series won Gold at the 2017 New York Radio Festival

Guided by the intriguing work of two Harvard anthropologists who studied the people of Clare in the 1930s, "The Ties That Bind" is a powerful 4-part portrait of life in rural Ireland today. The series is presented by award-winning Clare born reporter for "The Sean O'Rourke Show" Brian O'Connell. 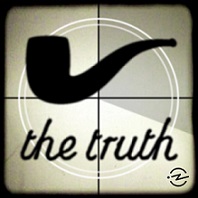 Grey Heron was delighted to colloborate with the audio drama pioneers from The Truth Podcast to develop a very special radio drama for RTE Radio One's Drama On One and the HearSay International Audio Festival. The final result dropped simultaneously as a podcast by The Truth and RTE Drama on One on May 12th 2016 and was then broadcast on RTE Radio 1 a few days later.

The entire episode was recorded on location, just up the road from the Grey Heron nest, on the farm of our friend Noreen Quish. We donned wellies and headed off with director Jonathan Mitchell and writer/actor Louis Kornfeld to record this otherworldly story with a band of experienced actors from Limerick, Joe Mullins, Maeve McGrath, and Sarah Reynolds. There's a special cameo appearance too by Grey Heron's Diarmuid McIntyre.

The Main in the Barn" went on to win a 2017 Sarah Award for International Audio Fiction. You can listen to "The Man in the Barn" via The Truth Website at any time. 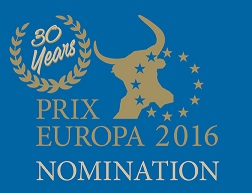 The Prix Europa nominated series Limerick in Tune explores how music gets made, the friendships and stories that underpin the music making, and the joy and power of making music collectively. The series culminated in a one hour special featuring special performances from all twelve choirs broadcast over Christmas 2016.

The first two episodes "Limerick Choral Union"" and the ""Something to Sing About Cancer Survivors Choir"" can be heard in the Limerick in Tune playlist on our soundcloud.

We love to explore community life in depth. Kilmallock Walled & Alive brings the listener on a journey through a day in the life of the medieval town of Kilmallock Co. Limerick. Over nine programmes we experience Kilmallock from morning to evening - walking the historic streets, stepping behind the scenes as people go about their daily lives, meeting the groups that make life in this town so vibrant and rich.

The series Kilmallock Walled & Alive was recorded on location over several weeks in Kilmallock and features over 150 local voices, 50 locations and a number of cows. It can now be heard as a Soundcloud playlist.

In 2014 we were approached by Limerick's Live95FM and RTE Lyric FM. Two very different broadcasters, both based in Limerick but with quite distinct audiences. They wished us to create programming for joint broadcast that would mark Limerick's year as Ireland's first National City of Culture. We devised two quite different series for them to consider. RTE Lyric and Live95FM loved the two ideas equally and commissioned both!

Each of the 12 episodes of Cultural Passions takes a walk through Limerick in the company of three Limerick culture-makers, sharing their insights and experiences from their chosen field with host Diarmuid McIntyre.

As It Lives & Breathes takes the listener on an aural adventure. Over 12 richly textured episodes, As It Lives is a sound rich, meditative and playful sonic portrait of Limerick, the place and its people. Every sound in the series, from voices, to actuality, music to sound effects, was recorded by the Grey Heron team on location in and around Limerick city and county. 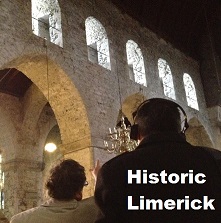 We were asked by Limerick's Live95FM to develop a history series, working with the engaging former director of the National Museum of Ireland, the Limerick native, Dr Pat Wallace.

We created the 12 part Historic Limerick, which brought Pat on location around incredible sites throughout the county, unearthing the secrets and stories of Limerick's rich heritage. We sniff centuries-old gun powder, discover medieval doorways hidden away in cobwebbed towers and hunt out beautiful examples of craftsmanship which have put Limerick on the map for centuries. 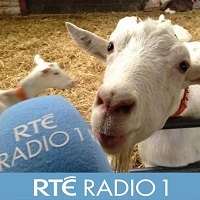 We’ve enjoyed contributing to RTE Radio 1's Countrywide programme since 2012. We create crafted short features which explore contemporary life in Ireland for this eclectic Saturday morning magazine programme. We've recently made a selection of these features available as a Soundcloud playlist if you're in the mood for a tasty audio snack - thanks to Countrywide for the beautiful photo

RTE Documentary On One

We've worked with the RTE 'Documentary on One' on a number of varied projects, creating beautifully crafted, long-form documentaries.

Take No More was created in very unusual circumstances, when a national news story broke on our Kilfinane doorstep in November 2012. The minute-by-minute story of a real-life drama unfolds as building contractors, school staff and parents find themselves in a stand-off in the driveway of a rural Irish primary school. This documentary went on to win a number of awards at home and abroad in 2013, including a Gold Medal in New York, PPI Radio Award for Best Documentary 2013, and Best Documentary at the Association of International Broadcasters in London.


Getting the time and spaces to explore a story in depth is something we relish.

We've also collaborated with the Documentary on One Team on the 2015 PPI Radio Award for Best Documentary winner "Con Carey and the Twelve Apostles". We went behind the scenes of amateur drama for "Brights Lights Small Village" and into the dark forest with the Munster Moth Group for "Moths to a Flame" on RTE Radio 1.

The Grey Heron Team has also produced a number of documentaries for the "Different Voices"" strand of Newstalk including "Drama tis Personal" and "Old School,New School".